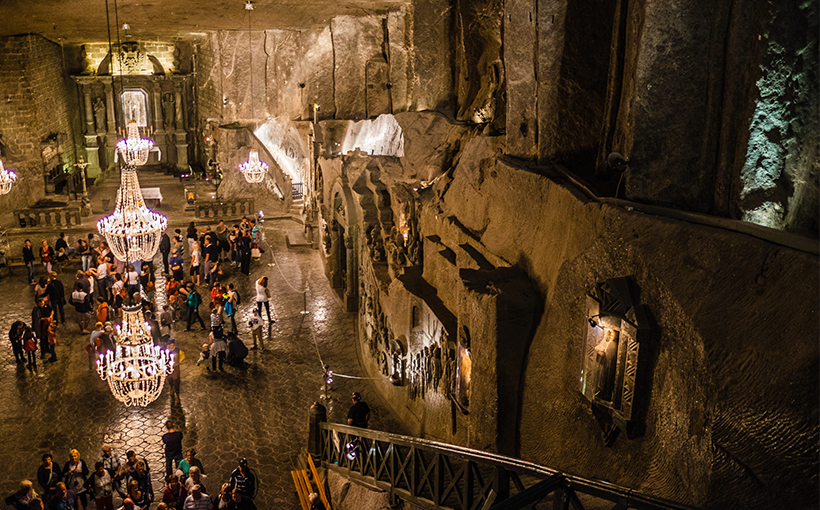 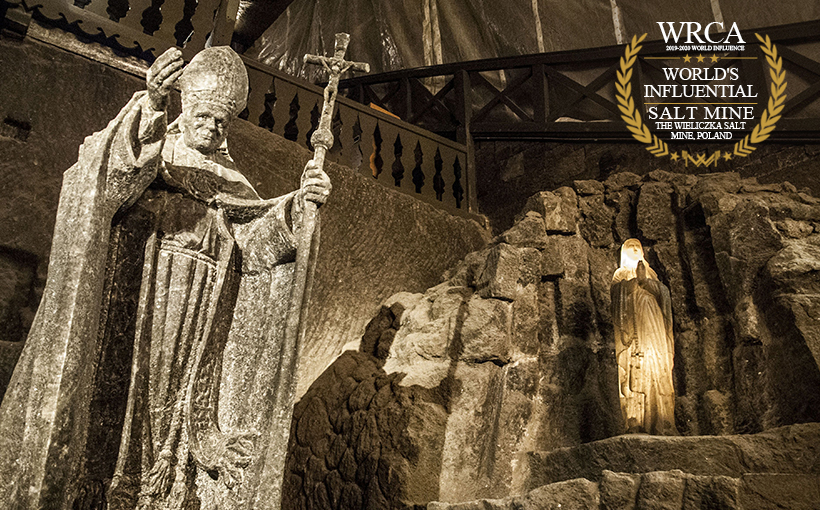 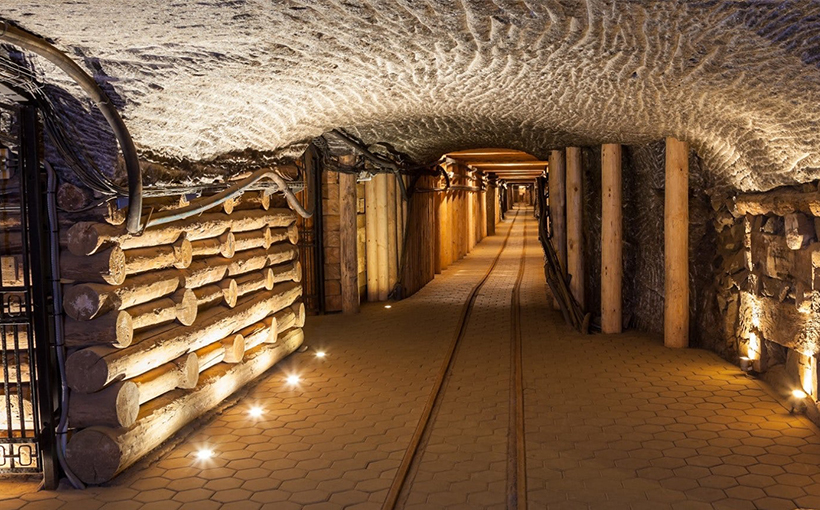 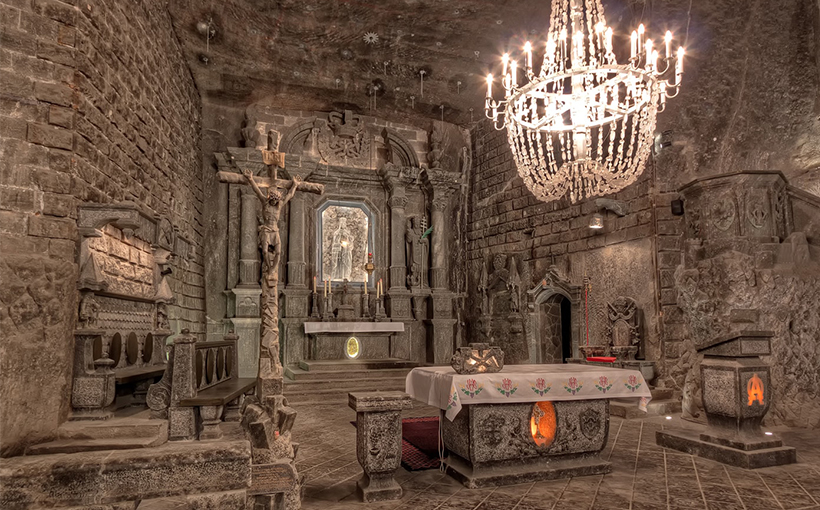 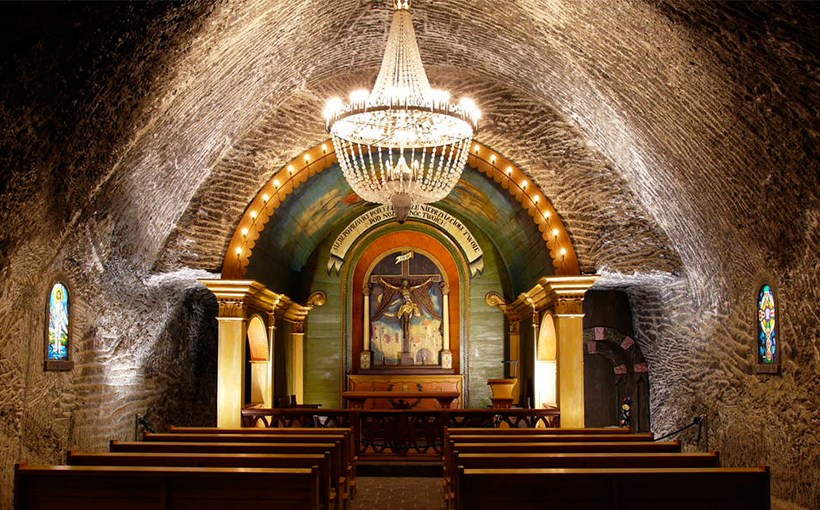 The Wieliczka Salt Mine (Polish: Kopalnia soli Wieliczka), in the town of Wieliczka, southern Poland, lies within the Kraków metropolitan area. From Neolithic times, sodium chloride (table salt) was produced there from the upwelling brine. The Wieliczka salt mine, excavated from the 13th century, produced table salt continuously until 2007, as one of the world's oldest operating salt mines. The Wieliczka Salt Mine is now an official Polish Historic Monument (Pomnik Historii). Its attractions include the shafts and labyrinthine passageways, displays of historic salt-mining technology, an underground lake, four chapels and numerous statues carved by miners out of the rock salt, and more recent sculptures by contemporary artists. It has been named winner of the 2019 World’s Influential Salt Mine.